Behind the board with Spencer Chrislu, the engineer of Zara McFarlane’s historic MQA Live stream

A SOUND IN THE MAKING — A new series by Bluesound dedicated to spreading sonic enthusiasm whilst sharing our obsession with audio engineering and high-resolution sound reproduction. Designed to showcase inventive and creative sound makers through exclusive access to studio rehearsals, mixing sessions and on-site venue sound checks — we uncover unique insights into the processes, inspirations and vision that goes into making their unique sound — a parallel journey to our own quest for perfection in sound. Come along for the ride.

About 10 minutes into our tube ride through the London Underground, snaking our way under the historic buildings and vibrant neighbourhoods of the city, the tannoy system announces that we’re at St. John’s Wood station–the final stop before a short walk to the doors of the historic RAK Studios.

Standing on the front steps of the old Victorian schoolhouse that was converted into a recording space in 1976, we look up to see the letters “R”, “A”, “K”, and think about the history of the studio and the footsteps that we’re following. Al Green, David Bowie, Michael Jackson, Pink Floyd, and more recently Adele, have stepped through RAK Studio’s iconic blue door, leaving their own little bit of music history behind them.

Today is no different–history will be made for live music.

Shuffling down the hall to Studio A1, we stop to admire the many awards that hang neatly on the walls belonging to some of music’s biggest names, and that were recorded right here at RAK Studios. As the swing door creaks open to the studio, where jazz artist Zara McFarlane will soon take to the mic with her four-piece band, we see a man sitting quietly behind the original API desk from 1976, checking mics and moving sliders to tune the board for the first-ever MQA Live performance that will be broadcast to multiple cities around the world. 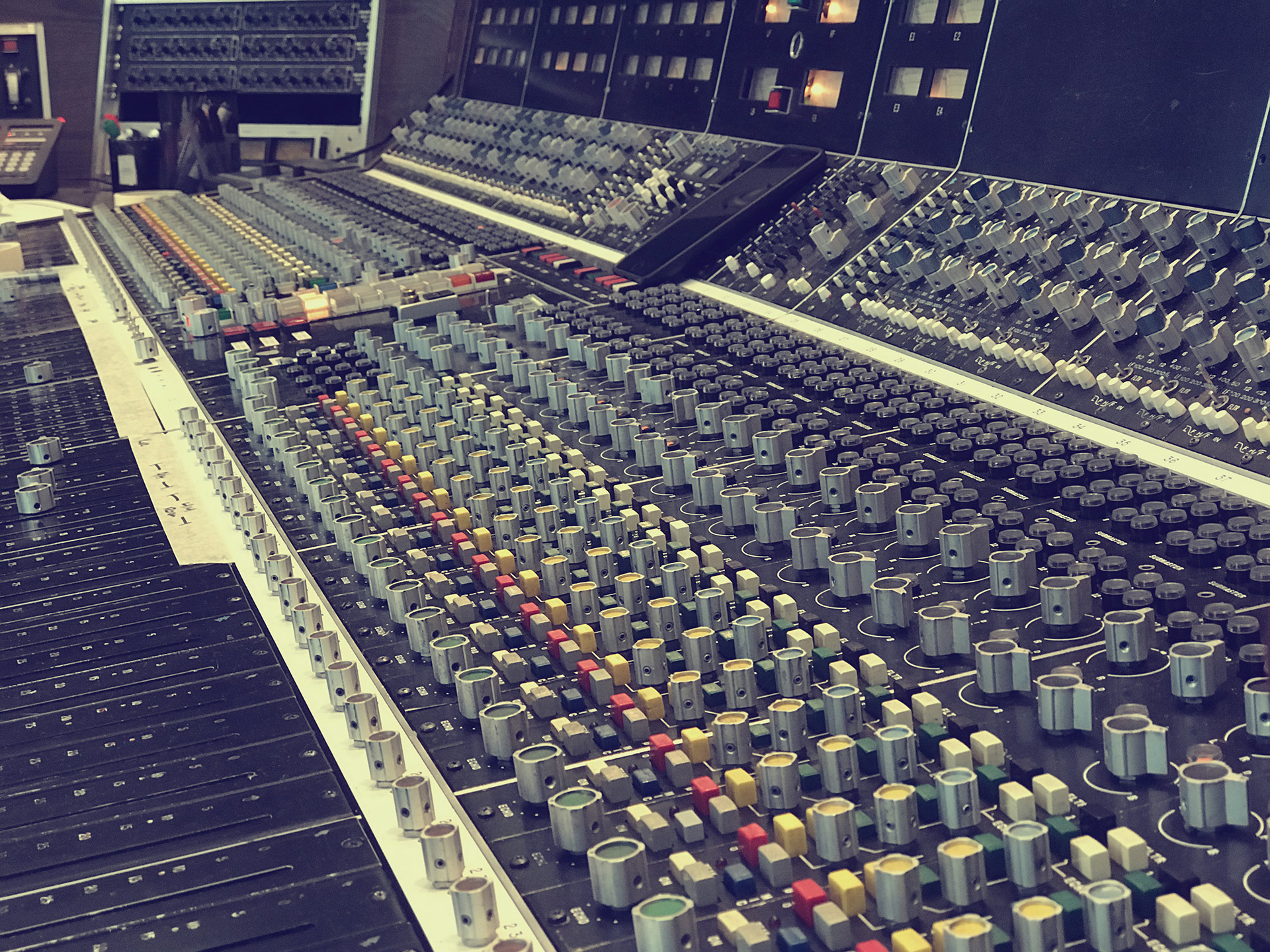 It’s Spencer Chrislu, MQA’s in-house engineer and the man who will delicately fold every detail of Zara’s live studio performance into a stream for anxious listeners in New York, Denver and London. Long before settling in behind the board at RAK Studios today, Spencer was involved as an engineer for artists including The Doors, The Grateful Dead, Neil Young, Iggy Pop, Eric Clapton, REM and Deep Purple.

Chrislu has continued to blaze trails in high-resolution audio and music reproduction over the years, and was handpicked by Bob Stuart to lead MQA’s content services. Chrislu begins to add the final touches and we learn that Zara is en route.

Before the set kicks off, we sit down with Spencer and ask him about being behind the board for this history-making event. 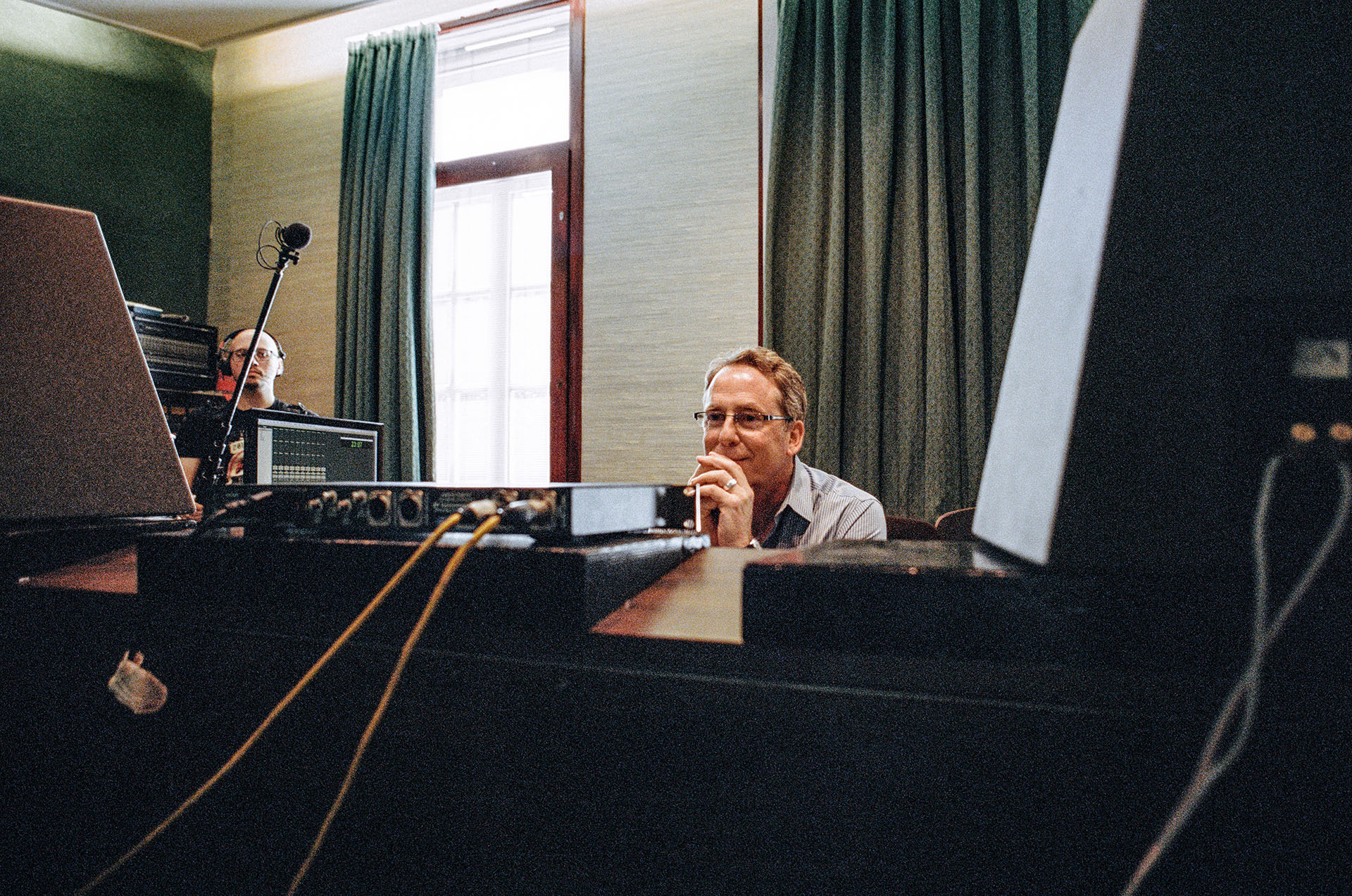 Bluesound: What do you need inside the studio to turn Zara McFarlane’s studio performance into MQA Live? For example, do you need special mics or recording equipment?

Spencer Chrislu: There are no special mics or changes to the ways the artists and producers manage the studio session. The only addition is our real-time encoder that works exactly the same as our regular (offline) encoder, except that it operates in real time; allowing us to go directly from the recording console. The listener is receiving that studio feed as true high-resolution without compromise.

“The MQA ‘folding’ and ‘unfolding’ process happens in real time.”

Bluesound: How are you able to broadcast Zara’s MQA Live performance to cities around the world from RAK Studios? As in, in what format and rate, and under what delivery method?

Spencer Chrislu: Zara’s performance will be recorded as if it was a live studio session. It will be captured at 192khz/24-bit and leaves the studio as a standard 48K/24-bit FLAC file that is “packaged” in a standard streaming format without loss. It’s then broadcast like any other internet radio station and for Zara’s session we’re delivering to three cities across the world, direct from RAK studios.

Bluesound: What do people need to listen to MQA Live performances like Zara McFarlane’s? How does it work on the day of the performance?

Spencer Chrislu: For the Zara performance we’ve teamed up with Bluesound to deliver the live stream via their TuneIn app, so it’s like dialling into a live radio session. Like any MQA music, it is backwards compatible, so no special equipment is needed but if you can tune into an internet radio URL on a product that has an MQA decoder, the file will unfold to the exact sound we’re recording in the studio.

“The listener is receiving that studio feed as true high-resolution without compromise.”

Bluesound: Walk us through the process of folding and unfolding Zara McFarlane’s MQA Live performance. Is it difficult to do in real time and stream it to multiple cities?

Spencer Chrislu: The MQA ‘folding’ and ‘unfolding’ process happens in real time. Our previous live streams have been from one studio to one location. Technically, it’s just the same streaming into multiple cities, the challenges are mainly around logistics to make sure all locations are in sync with playback timings across multiple time zones. 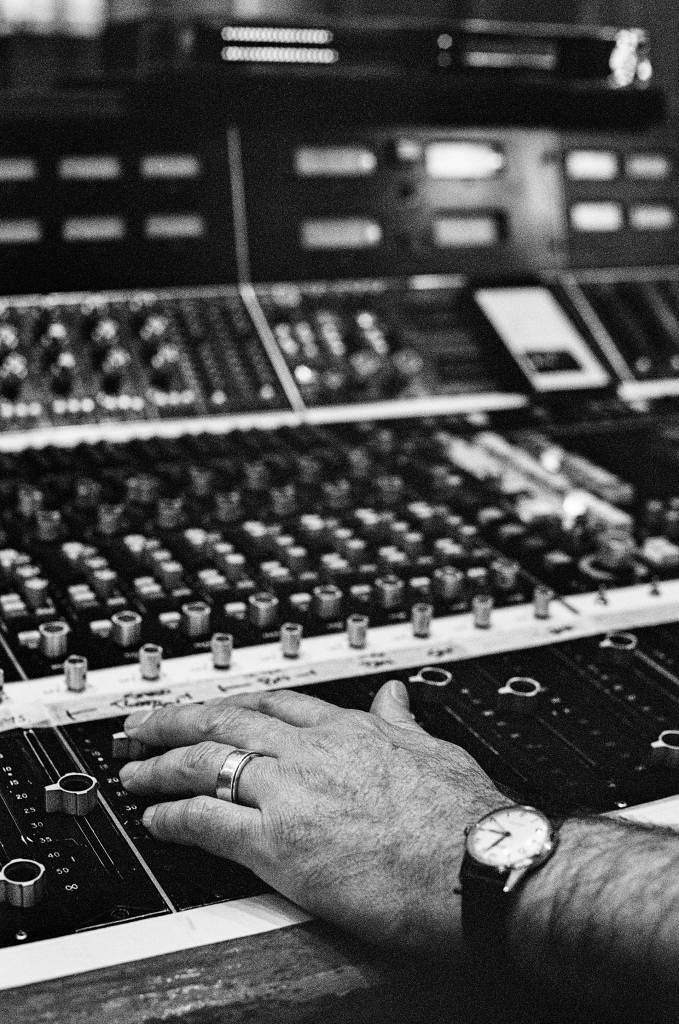 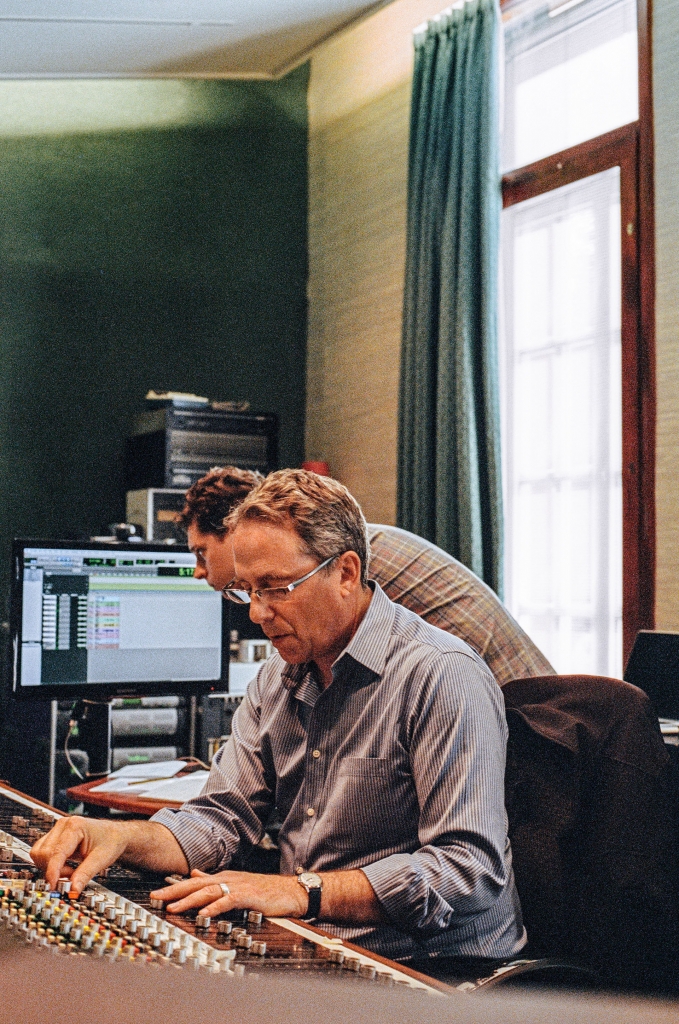 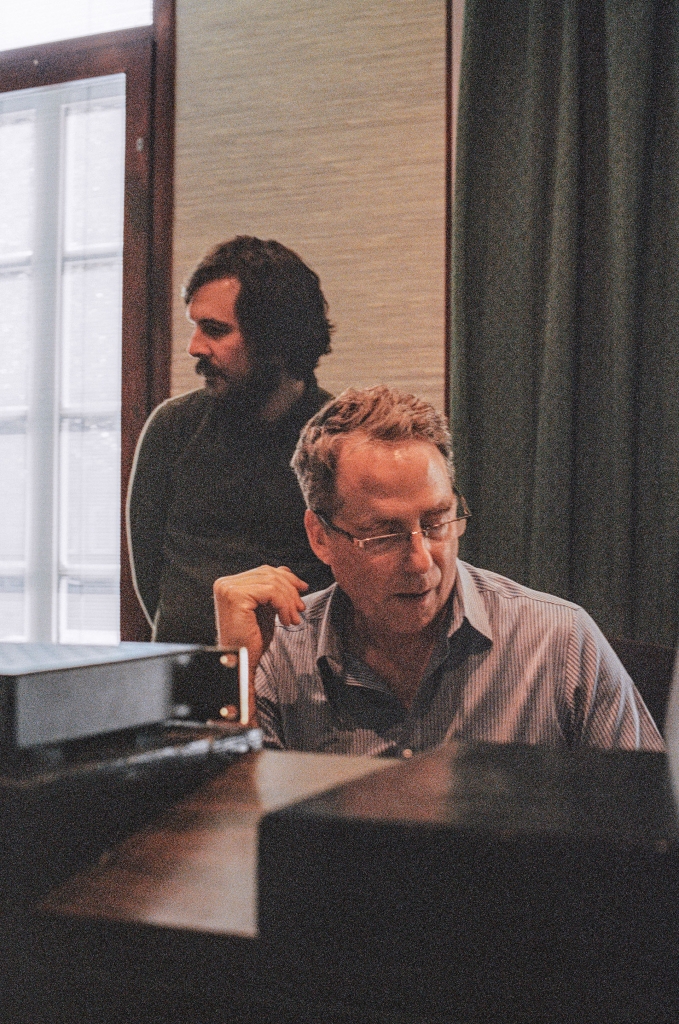 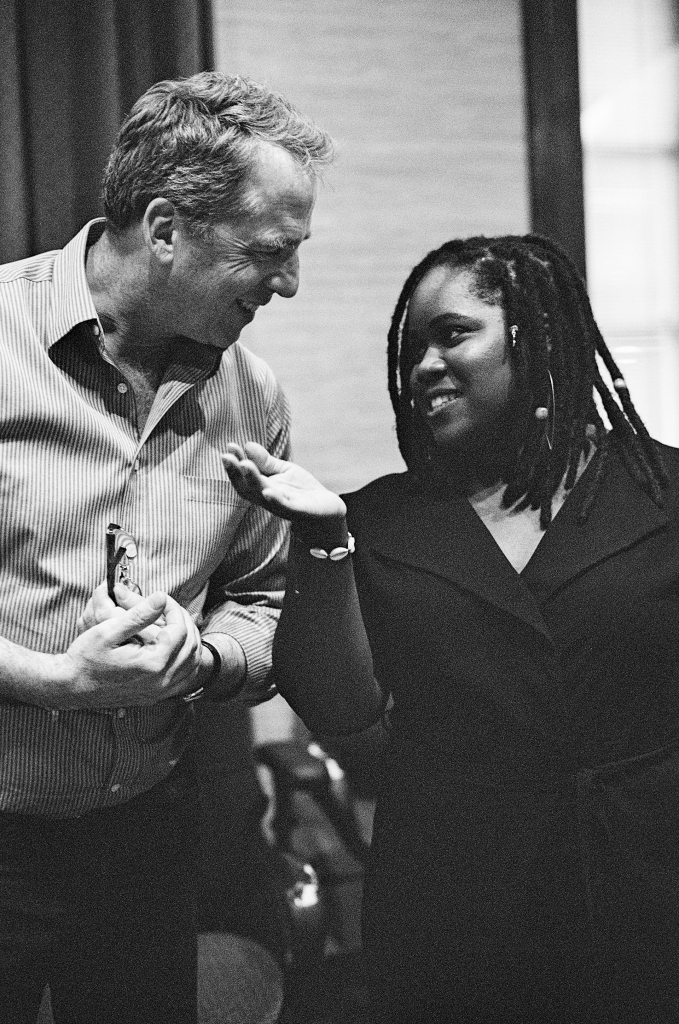 Bluesound: You guys seem pretty busy, who had the idea for MQA Live? And why?

Spencer Chrislu: MQA Live is a natural progression for MQA and a response to some of our partners who have asked us about future applications of the technology. MQA Live is also a great showcase for our playback partners who are able to demonstrate the strengths of their products at media and consumer-facing events.

Bluesound: How do you think MQA Live can benefit recording artists like Zara McFarlane? Will it better connect music fans and let them experience the energy of a live performance at home?

Spencer Chrislu: In an ideal world, it would be great if everyone was listening to audio broadcasts using MQA Live. People really connect with live performances and MQA Live would allow everyone to hear live broadcasts at their absolute best.

“Zara’s session is being delivered to three cities across the world, direct from RAK studios.”

Bluesound: How can I tune into the next MQA Live performance if I’m on the go without access to my HiFi kit?

Spencer Chrislu: Any system that can tune into an internet radio URL can access MQA Live. We have already tested and demonstrated this streaming performance at 24-bit/96kHz resolution on a number of phones and portable devices.

Bluesound: What is the future of MQA Live and do you ever see it being integrated into concert venues?

Spencer Chrislu: We continue to discuss opportunities for MQA Live across multiple partners and international territories. MQA playback at music venues and festivals is absolutely possible, so watch this space. 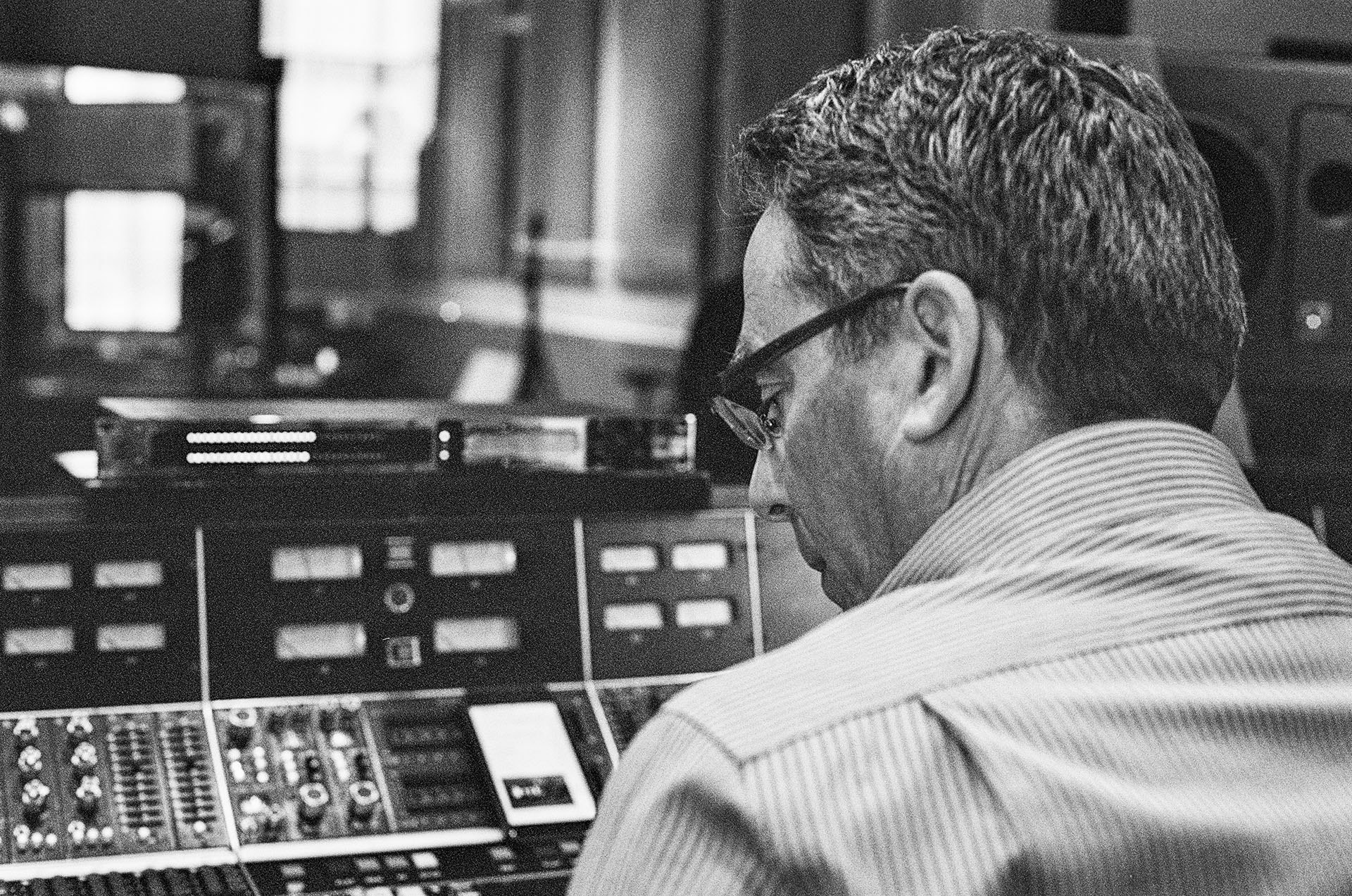