In his Residential Systems review of the PULSE SOUNDBAR, writer John Sciacca said that when he heard Bluesound was adding a soundbar to its family, “I knew it was going to be a winner.” Acknowledging that TV sound quality is sub-par at best, Sciacca believes that if there’s one soundbar consumers should invest in, it’s the PULSE SOUNDBAR.

“I was immediately impressed with the clarity and detail of the audio; voices were distinct and easy to understand, with instruments clearly presented and defined,” says Sciacca. Initially beginning his testing with TV soundtracks, Sciacca also played various tracks through the PULSE SOUNDBAR and discovered that the soundbar “performs beautifully with music as well”. Sciacca tested MQA® music as well and was quite pleased with the results. “The MQA streams indeed sounded terrific, revealing an extra layer of detail and dimensionality to the music, and through hours of listening, I never felt like the soundbarwas delivering a compromised experience.”

When watching films such as Star Wars: The Force Awakens and Mad Max: Fury Road, Sciacca was impressed with the soundbar’s Wide Mode, which adjusts the sound of the PULSE SOUNDBAR to add depth and match the viewing and listening area, and said that “the bar threw images well outside its width.”

Sciacca reveals he was also impressed with the PULSE SUB, and that when paired with the PULSE SOUNDBAR, the duo “not only shines on whatever you’re listening to, but is also a gateway to Bluesound’s terrific house-wide audio system.” 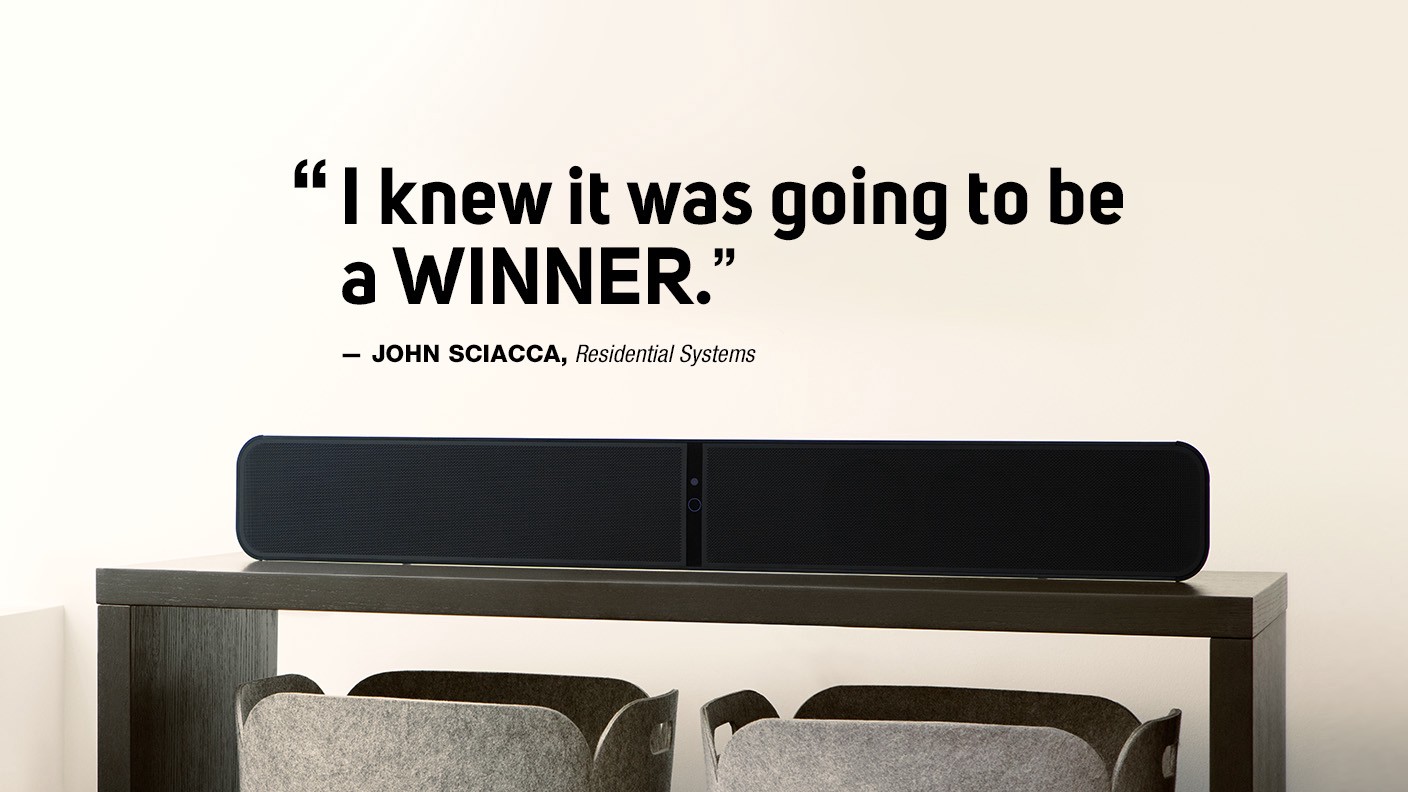